How an Implanted Device Could Help Paraplegic Patients Walk Again 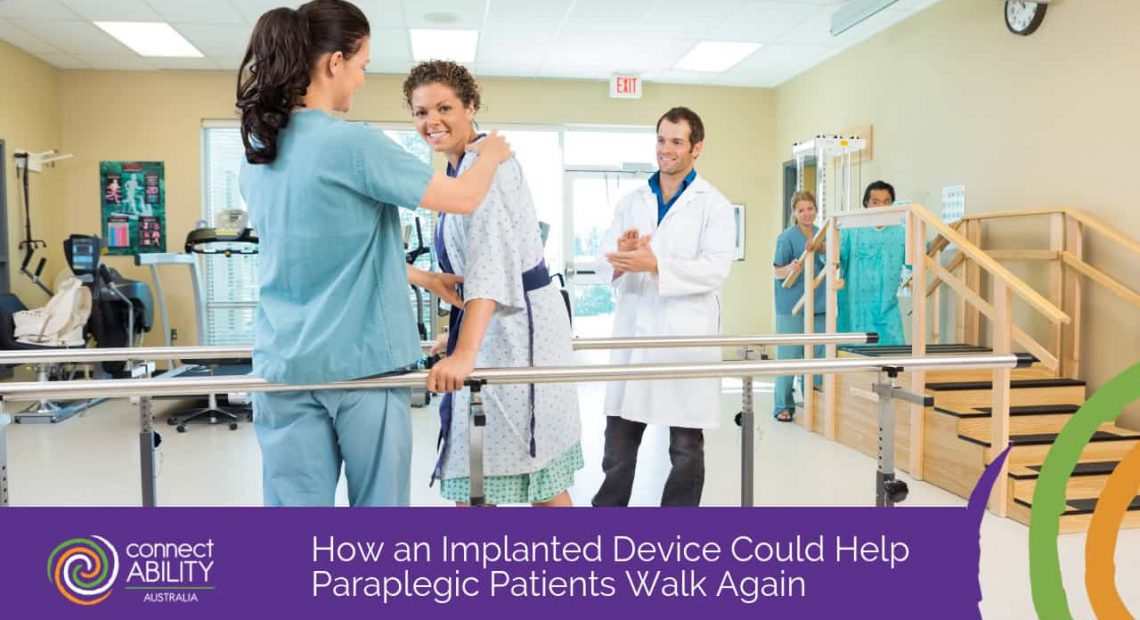 Paraplegic patients have learned to walk again after researchers implanted an electrical patch to stimulate their spinal cords. The new technology combined with months of intense rehabilitation therapy has allowed a small group of paraplegic patients in the United States to defy doctors who said they would never walk again.

Two separate teams of scientists have revealed that the device, together with physical training, has allowed a small group of people to walk again after losing all voluntary movement below the site of an injury.

So far, only three patients in total have regained the ability to walk based on this approach. Two more underwent similar treatment without being able to reclaim the ability to take steps, and one suffered a hip fracture during the physical therapy sessions.

In a study published in the New England Journal of Medicine, Dr Claudia Angeli of Kentucky Spinal Cord Injury Research Center at the University of Louisville and colleagues report that they implanted an array of 16 electrodes in the lower back of four patients, paralysed after mountain bike or traffic accidents several years before.

The device delivers electrical stimulation to the spinal cord. The researchers are still investigating how the approach- called epidural stimulation- works. It is based on the principle that after a spinal cord injury, those spinal networks may lose the electrical charge and information they’re getting from the brain — although some weak connections may remain. That’s where the spinal stimulator is introduced, with the idea that it essentially charges the spinal cord and that with enough training and practice intending to move, the body could re-learn how to walk.

Dr Angeli says an injury disrupts the information being sent from the brain and the spinal cord becomes isolated.

Kelly Thomas and Jeff Marquis, who both have complete spinal cord injuries, have walked for the first time as the result of spinal cord stimulation and intensive physical therapy.

Jennifer Collinger, a professor of physical medicine and rehabilitation at the University of Pittsburgh says that “this is the first time that anybody has demonstrated functional walking activity for somebody with complete spinal cord injury”.

Kelly Thomas and Jeff Marquis describe their experiences participating in the University of Louisville research program. Video: University of LouisvilleThe technique doesn’t create the same results for everyone, two other study participants at the University of Louisville did not re-learn how to walk, however they can now stand, hold their torsos upright, and move their legs.A separate paper by researchers from the Mayo clinic in Minnesota and UCLA, published in the journal Nature Medicine, reported success with the epidural stimulation approach. After 43 weeks of training with the implant 29-year-old Jered Chinnock, paralysed after a snowmobile accident and left with no sensation or voluntary motion below the injury, could walk without assistance on a treadmill – holding on to the rails – and across the ground, albeit with a moving frame and a little human assistance to maintain balance. He did not, however, regain sensation in his legs.None of the people were able to achieve such actions when the stimulator was turned off.

The scientific journey to understanding the epidural stimulation approach could be as long and difficult as the one the patients went through in order to take a few steps, however it shows that there is hope in the future with technology developing at a fast rate.