For 30 years, ConnectAbility Australia has been supporting people throughout the Hunter and Central Coast, focusing on the strengths and abilities of individuals and connecting people with their communities.

We recognise the importance of choice and control over decision making in ensuring your life is your own, and promote and respect your wishes, aspirations and goals.

ConnectAbility Australia has a strong focus on governance. We are led by a Board made up of volunteer members from the community who each bring a particular skill set and breadth of experience to the Board. Meeting bi-monthly, the Board work to ensure that not only does ConnectAbility Australia remain a vibrant, viable organisation delivering quality disability services, aged care support, family counselling but that the organisation looks at continuously improving all aspects of the service so that we stay abreast of current trends and community expectations.

The board is further supported by a series of sub committees where subcommittee members provide specialist advice in the areas of Finance and Risk, People and Culture, Fundraising and Marketing. 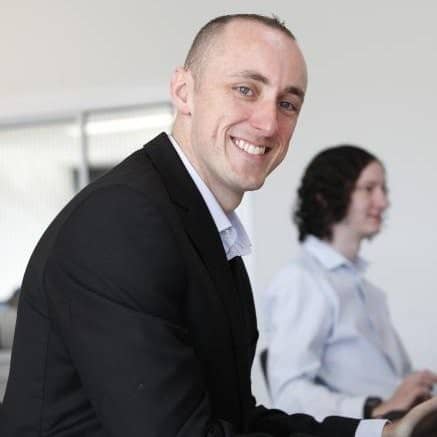 Nathan joined the CoM in 2015 to support ConnectAbility through sharing his ICT skills. He has expertise in cloud computing, information technology and managed disability services, aged care support, family counselling, Nathan is constantly seeking new ways to bring the future of ICT to ConnectAbility. Nathan has a strong commitment to the community and has been integral in developing strategic measures to allow advances in the way that ConnectAbility works as an organisation.

Bernie has a love for family, a zest for life and a passion for leadership with his goal to have a positive influence in people’s lives by adding value to leaders who can add value to many. He has over 36 years of corporate leadership and sales management roles in Australia and in China.

Bernie grew up in Newcastle where he worked at BHP. He continued in his trade as a Fitter/Machinist till he joined Sandvik, a Swedish International Tooling Company as a sales rep. Within 6-years he was awarded the International Sales Achiever and moved his wife and children to head up the sales organisation in Shanghai China.

Over the next 10-years whilst living in China, he became the Asian Pacific Business Development Manager and travelled and worked in 25 countries around the world developing sales and leadership teams before returning home to Newcastle Australia in 2006.

Upon his return, he was given the role as national Business Manager for underground mining Australia with Sandvik, focusing on sales, business development and leadership. Within 16-months of returning home, he was head-hunted to join a Mining sub-contractor as the general manager where he stayed 5 years until being retrenched in the mining crash in 2013.

He started his own company that same year as “Foundation Leadership” focusing on Leadership, Business Sales and Personal Growth.

Today, Bernie is a shareholder and General Manager of a national company called ESP-Environmental Safety Professionals, with three locations across Australia with expansion plans in place. 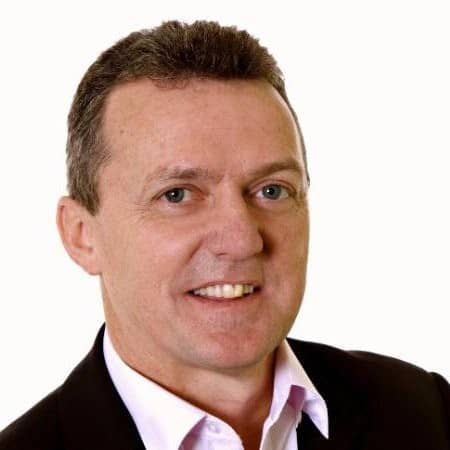 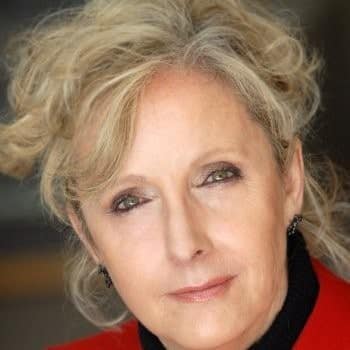 Kate’s early career was spent in banking, small business administration and management. This background has provided her with a strong commercial acumen and a sound understanding of the challenges facing small business. Kate has spent the last 22 years in recruitment working as a consultant for National and International companies in the local recruitment market. She has a Diploma in Management, is an active committee member with the Newcastle Business Club and becoming a board member of ConnectAbility provides her with an opportunity to donate back to the community.

Luke is a born and bred Novacastrian, attending Merewether Heights Primary and Merewether High School before completing tertiary studies in education and then law at the University of Newcastle. Luke is the principal of Sessions Legal and an experienced property and commercial lawyer. He established Sessions Legal was in 2013 after working for more than 10 years as a lawyer in local and national law firms. Luke is a keen surfer and mountain bike rider and loves getting outside on the weekends with his family including his 3 children. Luke enjoys being a lawyer because he does interesting work in an environment where you are able to help people achieve their goals. A desire to help people and contribute to the wider community is the reason Luke jumped at the chance to join the ConnectAbility Board. 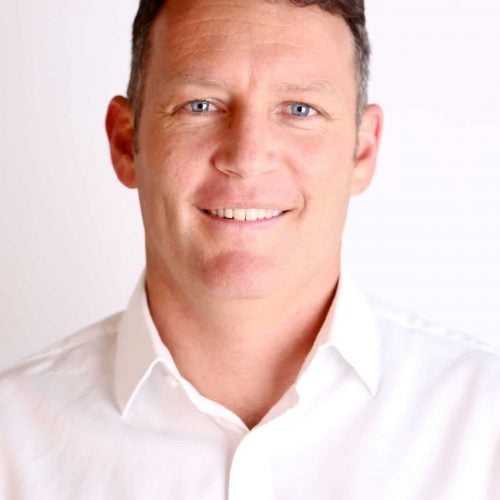 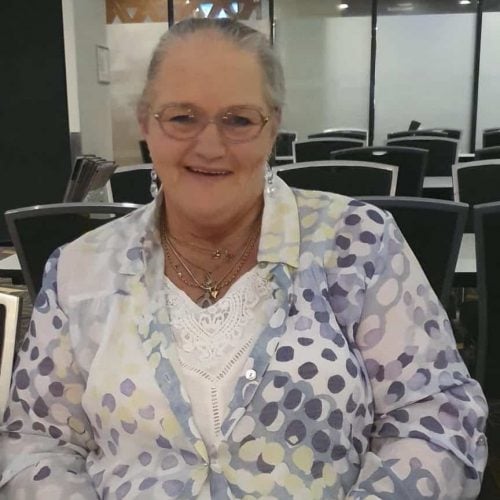 Joan joined the CoM in November 2008 and is our customer representative Board member. Joan has an adult son with a disability and volunteers with the service to assist in his support. Joan has always been an active member of her community.. Joan’s advice and support is vital in ensuring customer and family needs are at the forefront of our supports.

David brings with him a strong background in in supporting people to achieve having worked in the areas of disability services, aged care support, family counselling and children’s services for over 30 years. “The most valuable resource of any organisation are its people” David said “Whether you are talking about our customers, families or staff. Each individual presents a unique opportunity to achieve a goal either personally or professionally that together support ConnectAbility to remain a leader within the sector.”

It has almost been 20 years since Scott first walked through the door of ConnectAbility as a very green volunteer. Over this long association with the organisation Scott has fulfilled many roles from providing community supports to customers, developing programs and resources to his current role as Operations Manager for ConnectAbility. Scott has an Arts Degree specializing in Psychology, Cert 4 in Workplace Training & Assessment and Cert 4 in Frontline Management.

Scott says of his role: “Each and every day poses a new challenge, but I am very proud to have been part of the organisations journey. It is these challenges which drive my motivation to inspire change and the opportunity for greater community participation, inclusion and opportunity for people living with a disability. I continually ask myself “what have I done to improve the quality of someone’s life today”?

Over many years I have made many long-standing relationships with customers, their families and many staff. These are very important to me and drive my motivation “to do better” every day. My passion has always been to ensure a positive approach to support is provided without focusing on an individual’s limitations and ensuring we have a skilled and knowledgeable workforce to deliver the best outcomes to people using the disability services, aged care support, family counselling. I have a strong belief in human rights and equity for all. We must look at each person’s vision to maximize their independence and social and economic participation as the benefits for the people using ConnectAbility and their families/careers are huge if we get it right.” 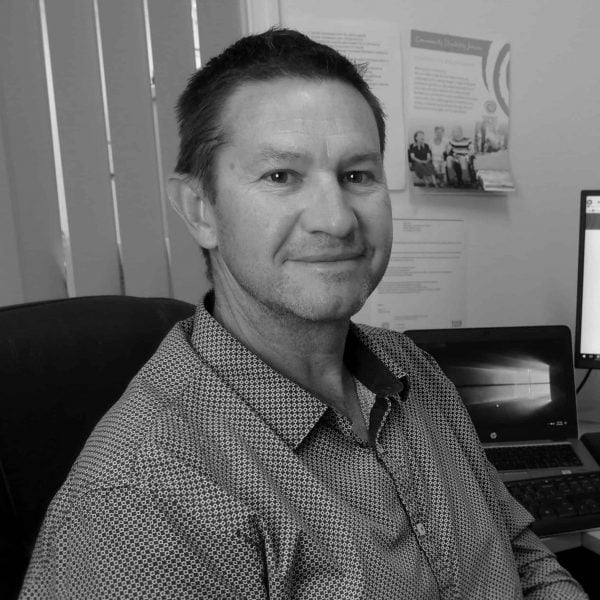 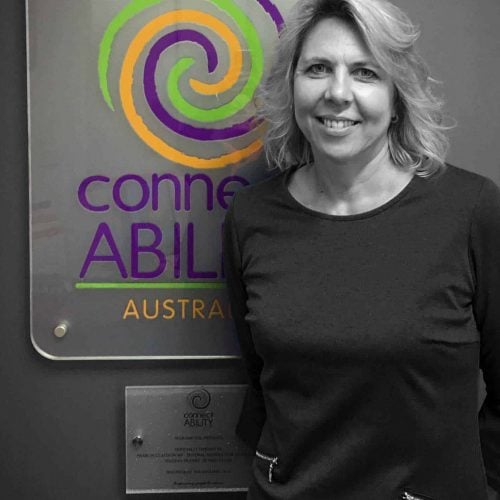 Helga is an accomplished and pro-active senior leader with a strong humanistic and quality orientation. Over 20 years of varied international experience in Strategy, Operations and HR across For-Profit and For-Purpose (NFP) sectors. Helga has an Honours bachelors in Industrial sociology, cert IV in training and assessment, advanced diploma in community sector management, diploma in quality auditing with a NDIS focus and also graduate of Australian institute of company directors.

Helga started her career in South Africa in HR & Training and then moved to the United Arab Emirates to continue in this field for various international organisations before settling in Australia. She has lead major community sector projects with a strong focus on people with disabilities.

Helga is responsible for driving growth with fiscal responsibility and emphasis on corporate governance whilst empowering employees and local community. Helga is passionate about assisting customers to realise their goals of independence in moving towards living independently within a variety of accommodation models.