Living a life with a disability, and then becoming a Paralympian 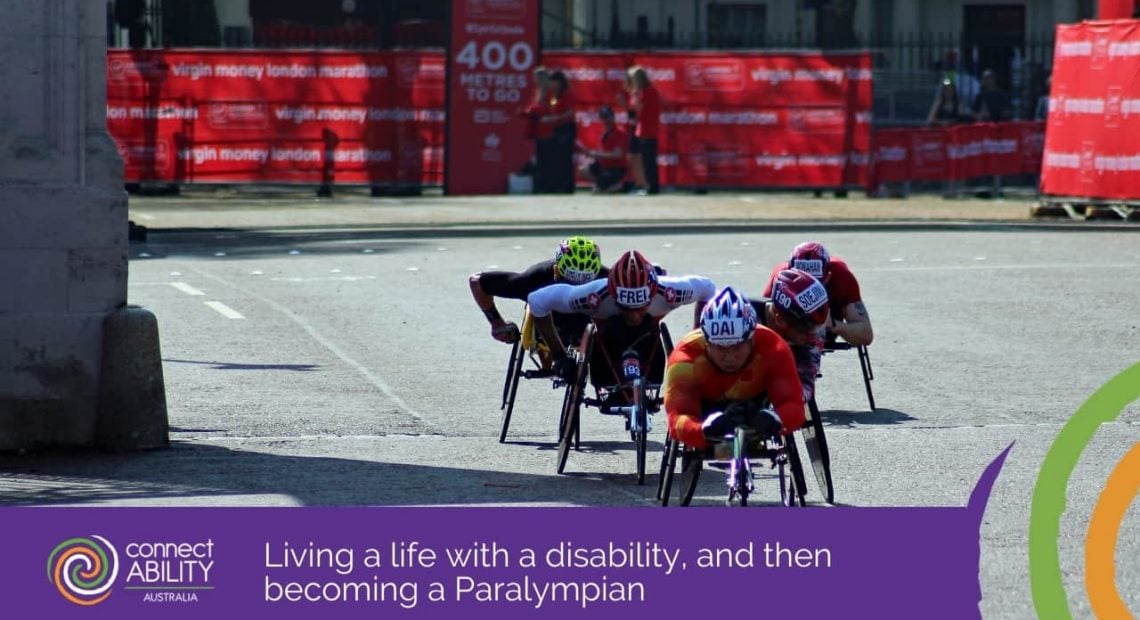 There are many famous and inspiring people who advocate for the inclusion of others, demonstrating their talents to bring awareness and understanding to people living with a disability.

The human spirit is one full of courage, ability and perseverance so when people are faced with challenges, whether they are mental, physical, or emotional our brains are wired to try and overcome the obstacle that is in our path.   Whilst many find struggles to be daily, the rewards for hard work and determination can often be bigger than the challenge itself.  Whilst everybody’s struggle is different, we all seem to be fighting for the same goal. Happiness, and living our best lives.

Dylan Alcott OAM is a Paralympic gold medallist and world champion and has represented Australia on the international stage both in wheelchair basketball and wheelchair tennis since the age of 13.

Dylan was born with a rare type of tumour wrapped around his spinal cord, which required him to have surgery only weeks after being born.  After a series of 20 operations, and little progress, it seemed that all hope of recovery was lost. Shortly after his 3rd birthday, Dylan started to make progress, and it was a turn in the right direction.  Through hard work, and sheer determination Dylan has become one of Australia’s best and well recognised Paralympian.

During Katrina’s netball training at the Australian Institute of Sport, there was a diagnosis that Katrina had spent years trying to hide, the right side of her body was experiencing weakness. This was to later be diagnosed as Cerebral Palsy.  Through time and hard work and determination paid off, and Katrina decided to play in the Paralympics, winning two gold medals, and a silver in Atlanta 1996 games and later in Sydney 2000, a silver and bronze medal.

Katrina now spends her time, helping others and is a passionate humanitarian and is a key note speaker.

What an achievement, with 15 Paralympic medals under her belt, which includes 2 gold, 3 silver and 1 bronze from 2016 Rio Paralympic games, Ellie Cole has become one of Australia’s most determined and accomplished Paralympians.

When Ellie was aged 3, she had to have her right leg amputated after suffering a life-threatening sarcoma cancer. Her story is one of courage, and shows her attitudes of never giving up, which is truly inspiring.

Ellie is currently training for future competition and is using her large social media following to help others to achieve their goals.

“The best things in life are unexpected. Sometimes these curveballs can blindside us. Sometimes they can teach us a beautiful lesson about our own inner strength.” – Ellie Cole

Trevor was born in Victoria and has lived with neuromuscular disorder all his life. With a passion for sports and music, Trevor has played table tennis for 20 years and joined the Australian PTT team in 2013.

Louise was born with a congenital spinal condition called Myelomeningocele, and by the age of 10 years old, had already endured 21 operations.  Around the age of 8, Louise was already competing in wheelchair sports, and by 10 had become the youngest athlete in the National Senior paraplegic and quadriplegic games in Sydney. Louise has now retired and has become involved in coaching young wheelchair athletes.

ConnectAbility Australia can help support you in your everyday life. If you or a loved one is living with a disability, focusing on the strengths and abilities of individuals and connecting people with their communities is our aim.  We are a registered NDIS provider and can help support you in finding the services that you require. For more information contact us on 02 4962 1000.