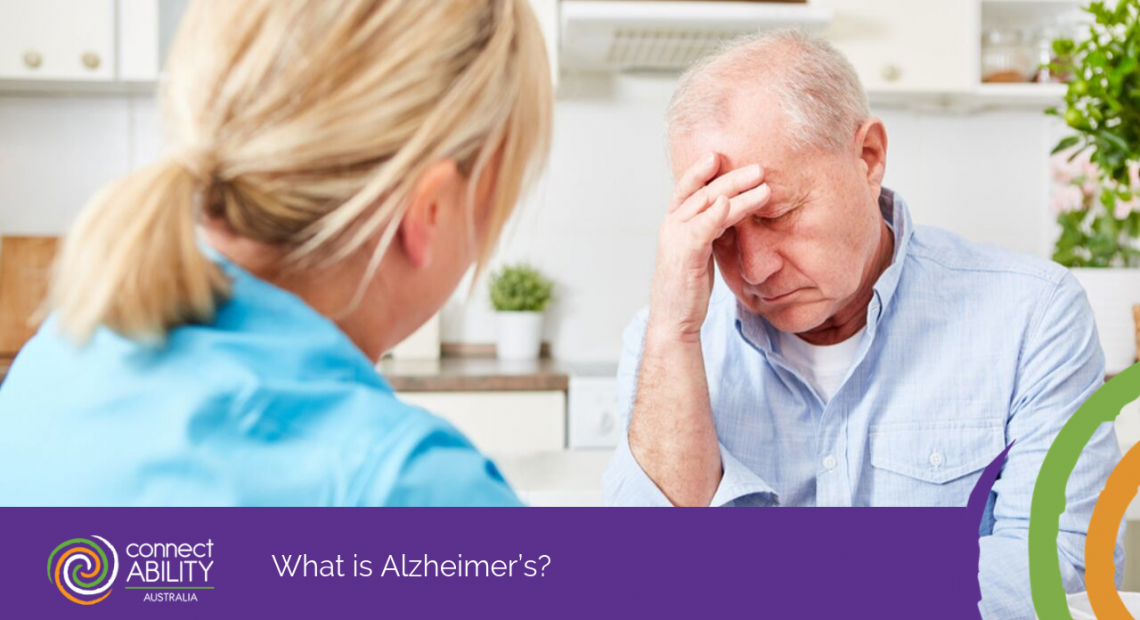 With World Alzheimer’s Day coming up on 21 September, many people are asking just what Alzheimer’s is. They could be looking at care for a loved one, strategies for prevention, or wanting to increase awareness in the community.

To put it in its most basic form, Alzheimer’s disease is a progressive brain disorder that slowly destroys brain cells. Alzheimer’s affects different parts of the brain, but the worst areas tend to be the controllers of memory, thinking, and language. The sufferer will eventually become unable to complete the simplest of tasks. Among older adults, Alzheimer’s is the most common cause of senile dementia and can account for up to 70% of all cases.

What are the Symptoms of Alzheimer’s?

Distinguishing Alzheimer’s disease from other dementia-causing conditions can sometimes be difficult. The symptoms of early onset Alzheimer’s are: 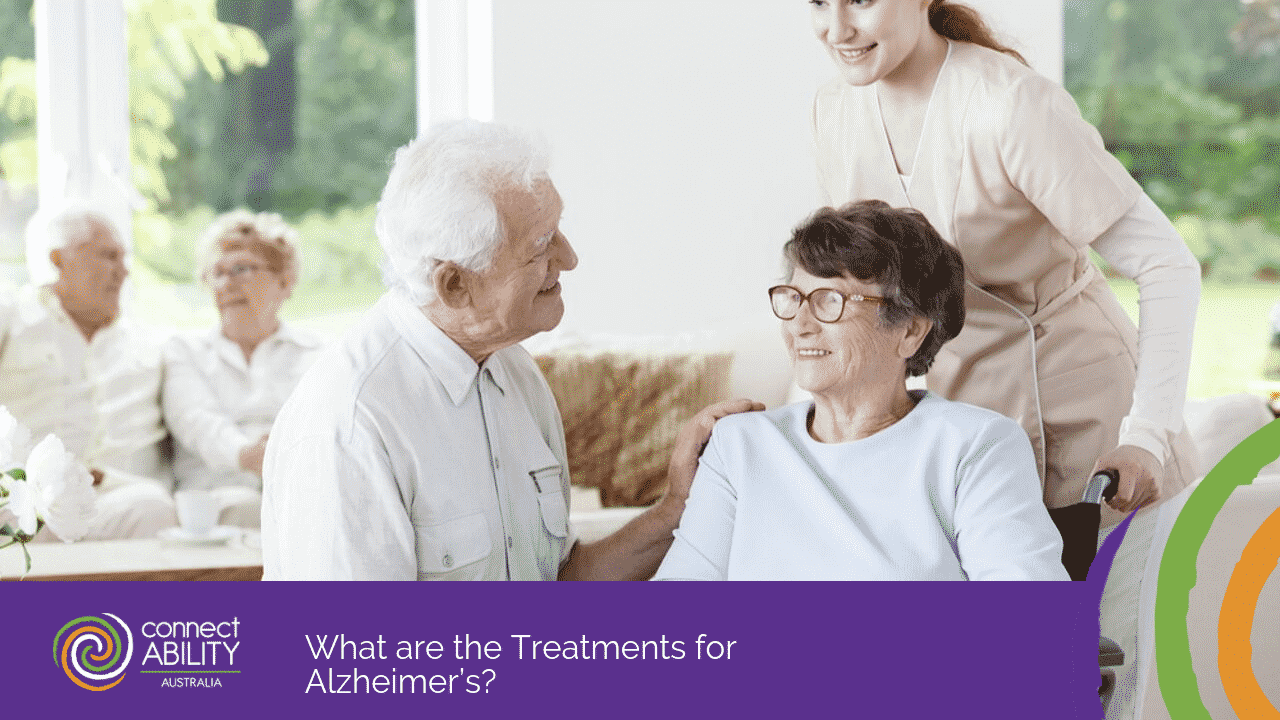 What are the Treatments for Alzheimer’s?

There is currently no cure for Alzheimer’s, but there are medications which can ease some of the symptoms. There are also treatments which can slow down the damage to the brain. The most common medications for the treatment of Alzheimer’s are cholinesterase inhibitors. Three commonly used treatments are: Donepezil, Galantamine, and Rivastigmine.

When it comes to treatments for Alzheimer’s we can also look at a natural or holistic approach. This means looking to optimise the body’s natural biological functions. According to the Women’s Alzheimer’s Movement some of the best ways to treat Alzheimer’s and slow memory loss are: 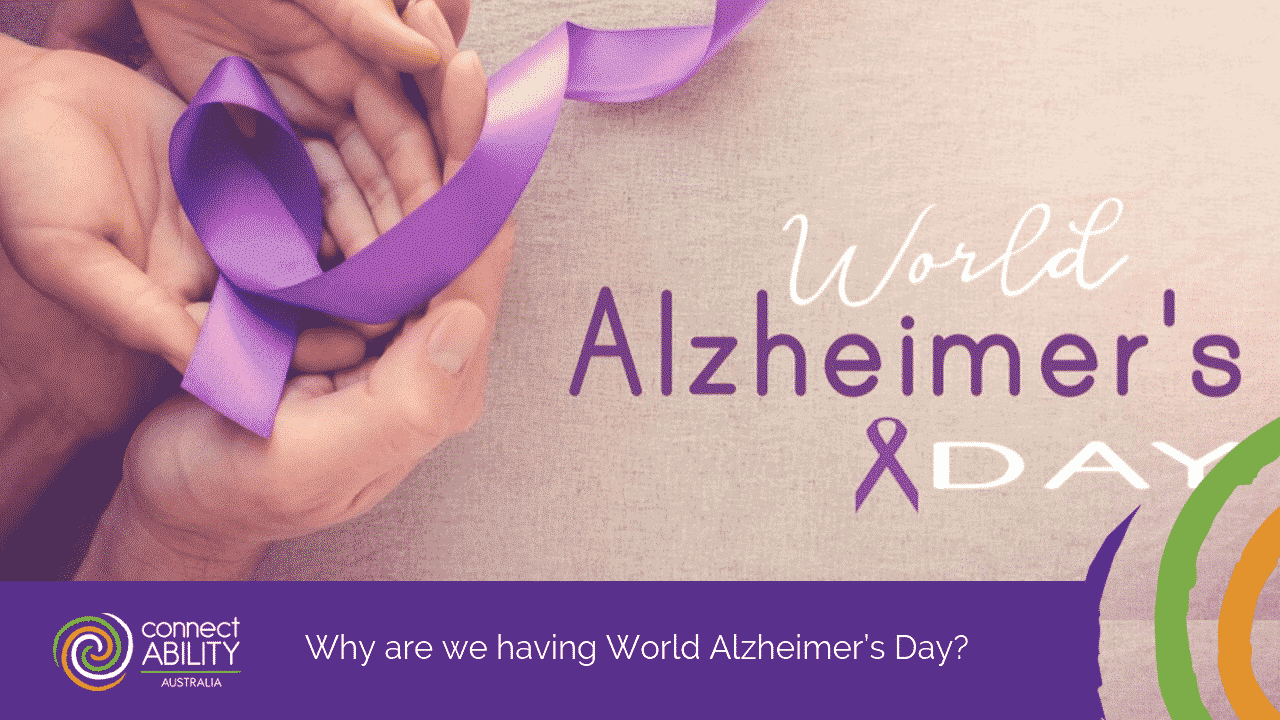 Why are we having World Alzheimer’s Day?

Worldwide there are at least 44 million people living with dementia, and considering that Alzheimer’s is the primary cause of dementia, then it looks like we have a health crisis on our hands. According to Alzheimer’s and Dementia Australia over 340,000 Australians are living with this disease and the number is expected to top 400,000 within the next decade. The statistics are giving many of us a much-needed wake up call. One in every 10 adults over 65 has Alzheimer’s and by the age of 85 the number increases to 32%.

How do I get Help?

If you are under the age of 65 and have a diagnosis of early onset Alzheimer’s or dementia you may be eligible for services and support under the National Disability Insurance Scheme (NDIS). The best way to begin is to contact your local registered NDIS provider such as ConnectAbility Australia. ConnectAbility supports people in the Newcastle, Lake Macquarie, Central Coast, and Port Stephens areas.

If you are over 65 and have a diagnosis of Alzheimer’s or dementia then you move into the Aged Care sector which has 4 current levels of care. ConnectAbility has Case Managers to support those on Levels 1, 2, 3 and 4 Home Care Packages. These are the levels funded by the Australian Government for Aged Care. Each of these packages is planned and coordinated to assist older people to continue to live in their own homes. Each level includes a Dementia and Cognition Supplement. Level 1 supports people with basic needs. Level 2 supports those with low care needs (formerly Community Aged Care Packages). Level 3 supports people with intermediate care needs and Level 4 supports people with high care needs (formerly Extended Aged Care at Home Dementia Packages).

As a part of ConnectAbility’s Aged Care Support Services, they can connect people to the  Aged Care Assessment Team (ACAT). This team actively assists the elderly and their carers to determine what support will best fill their needs, especially if they are struggling with their current living situation. The team will generally consist of a Doctor, Nurse, Social Worker, and Occupational Therapist, who will determine the best care options available, either at home, or in Residential Aged Care. ConnectAbility Australia also supports our elderly population via their Friendship Club, they can assist with shopping, transport, and domestic assistance and supply Aged Care Advisory Services.

If you are looking for someone to guide you through the NDIS for early onset Alzheimer’s or with Aged Care, please contact ConnectAbility Australia on 02 4962 1000 or visit the website at https://www.connectability.org.au