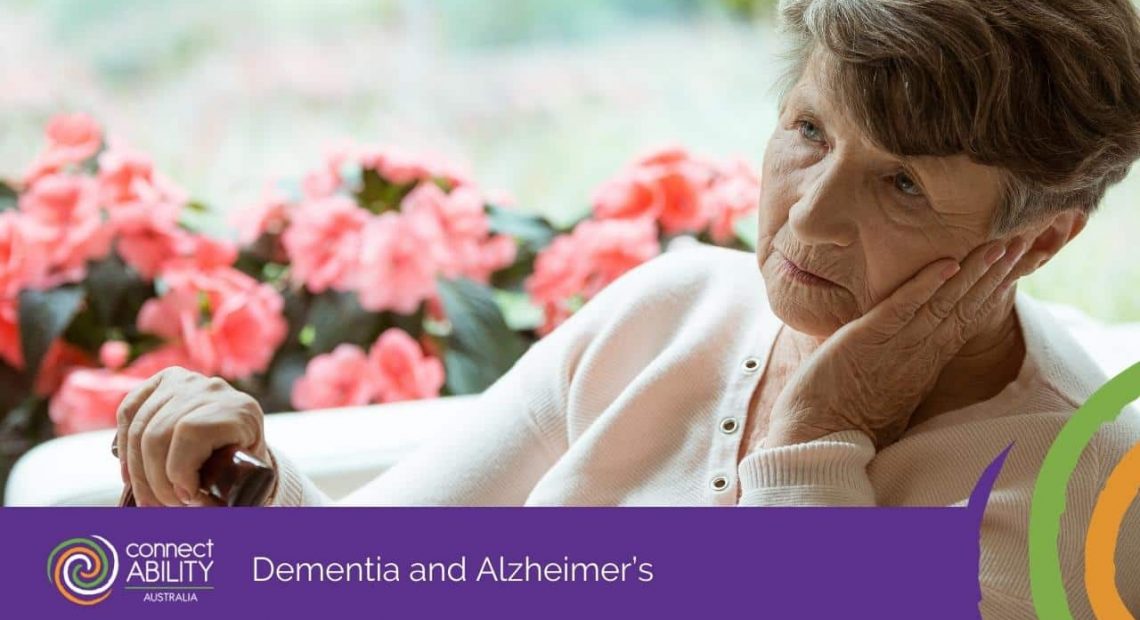 The similarities, differences, and how to tell them apart.

Despite a common assumption, Dementia and Alzheimer’s disease are not the same thing. Simply put, Dementia is a general term that covers a range of mental symptoms that impact memory, performance, and communication abilities, while Alzheimer’s disease is a type of dementia which gets worse with time, affecting memory, language and thought.

According to organisations such as Health Line and National Seniors Australia, you can develop dementia or Alzheimer’s disease at an early age, however your risk does increase the older you get. Despite all that, and it being the most common issues in adults over the age of 65yrs, neither one is a normal part of getting old. Dementia is however the second leading cause of Australian deaths coming in at half a million in 2021, while Alzheimer’s accounts for 60-80% of dementia cases.

Research from organisations such as Dementia Australia states that dementia is a collection of symptoms that are caused by disorders affecting the brain and is not one specific disease. We understand that it affects your ability to think, your behaviour, and can even affect your ability to do everyday tasks. It is a sad truth to accept that it causes your brain function to be affected enough to jeopardise normal social and work life.

Dementia can happen to anyone from younger onset dementia to people in their 40’s or 50’s but is most common after 65 years old.

While the two terms are still used interchangeably today, they are two very different things. We know that dementia is an umbrella term describing a wide range of symptoms which affect the person’s ability to do everyday tasks and activities without assistance.

As Jonathan Graff-Radford, M.D states, “Alzheimer’s disease is one type of dementia, but not the only one.” It is however the better known and most common form, but not everyone with dementia has Alzheimer’s. Other forms of dementia include:

Considering that Alzheimer’s is a type of dementia, the symptoms do tend to overlap with other types of dementia. However, we do understand that Alzheimer’s disease is a chronic neurodegenerative disease. It destroys your brain cells which causes your cognitive thinking ability and memory to deteriorate as you age. The Alzheimer Society of Canada explains how the disease has been with humanity throughout history, while the research and understanding of it only started approximately 100 years ago. Whilst plenty of progress has been made, researchers all agree that we still have a way to go to help fight the disease’s stigma and support the people affected by Alzheimer’s whether it be the patient, their family, or caregivers. The most common Alzheimer’s symptoms include;

The American Alzheimer’s Association further discuses the 10 signs and how they differ from typical age-related changes and we encourage you schedule an appointment with your doctor if you notice any of the above 10 signs in yourself or someone you know. With what we know now, early detection means a bigger chance that treatments may provide some relief while helping you maintain your independence longer.

Here at ConnectAbility, we understand how important continued research is and encourage our clients in the ways they can maintain their independence as long as possible. The sooner you are diagnosed, the sooner you can have a care plan drawn up to make things easier as you decline. Remember, dementia and Alzheimer’s are disabilities and as such you can take advantage of the National Disability Insurance Scheme (NDIS) to provide you with services and support through providers such as ourselves.

Dementia Australia reminds us that dementia can be over 100 diseases that may cause it, including the previously mentioned ones and Alzheimer’s disease. They also state that thanks to years of research and study, we now know that dementia is a disease symptom and not a normal part of ageing. They offer lots of information on the different types including:

If you or a loved one has been diagnosed with Dementia or Alzheimer’s disease, contact us at ConnectAbility to speak about what sort of support is needed and available. If you have any trouble completing our online form, or would like to speak with us directly, contact ConnectAbility’s NDIS team on (02) 4962 1000 or (02) 4349 3700.